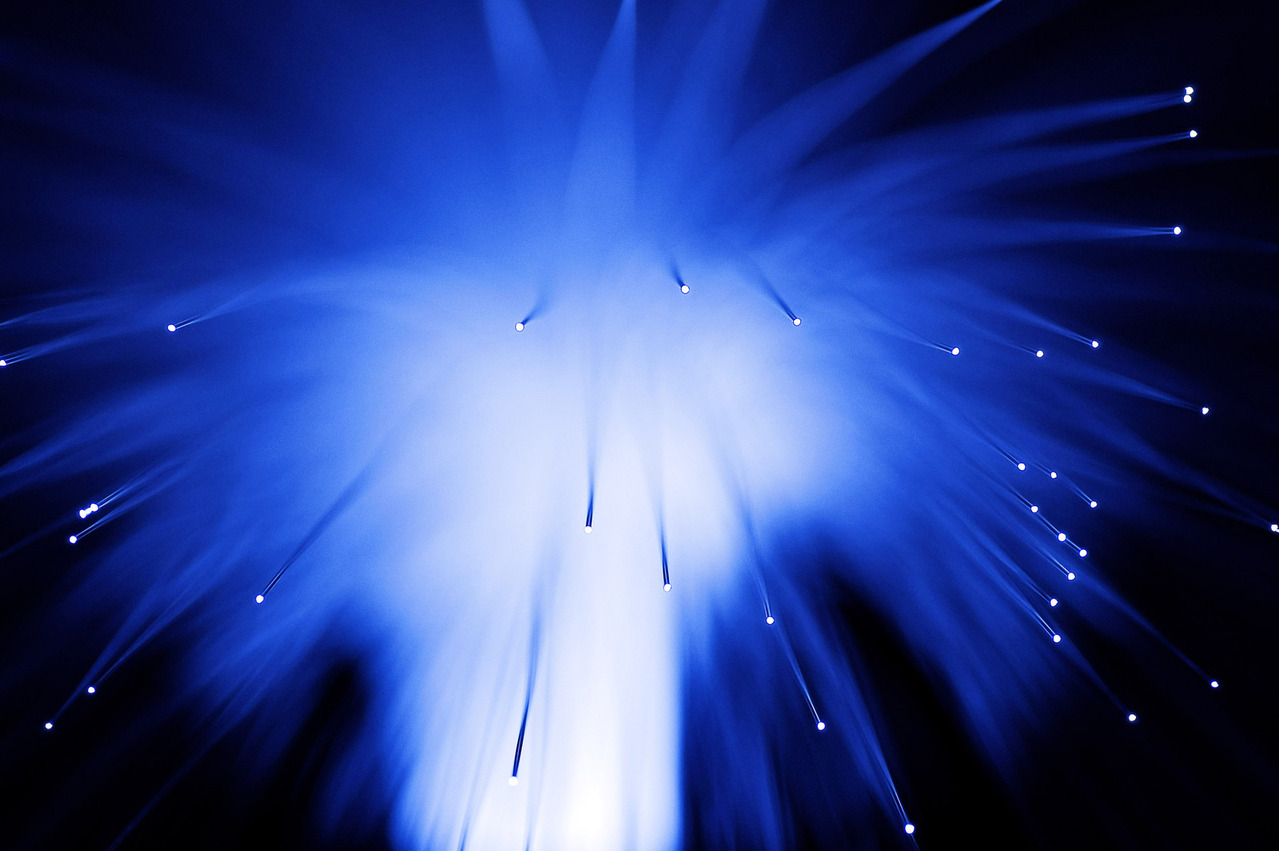 At Lighting Design Studio we pride ourselves on being at the forefront of the latest trends and innovations. We give our clients, the broadest and most current design solutions possible. The world of lighting is possibly about to enter the next stage in its evolution, with Light Fidelity (Li-Fi).

There are over a million radio masts worldwide, and an ever-increasing number of over 5 billion mobile phones. Wireless communication is at an all-time high, and considered almost as important a utility as water or gas.

With such an exponential growth in use of radio waves, there is an increasing problem of a lack of capacity; the world is arriving at a point where we soon will be running out of spectrum. Alongside this an added dimension is the security aspect. The waves can penetrate through walls, making your network vulnerable to attack.

So, we have a lack of capacity. Our wireless communications have inherent security risks. Radio masts that clutter our landscapes are perhaps not the most attractive solutions.

What has this got to do with lighting?

Well it is all about Li-Fi, and our ability to use visible light to transfer data. With the large number of lamps worldwide, (at least 14 billion at the last count), and the introduction and change to LED, a new possibility has opened up before us.  As a semiconductor, LED has the ability to be modulated and switched on and off, whilst being invisible to the human eye. Experts also say that light waves can offer a bandwidth of up to 1000 times greater than that on offer from the radio spectrum.

Thousands of data streams in parallel are sent to a user at even higher speeds than currently possible. The U.K. average for Wi-Fi stands at 16.51Mb per second. LiFi in comparison offers up to 1 gigabits (with speeds still climbing). Wi-Fi is left standing in the dust, scratching its metaphorical digital head, and asking itself what just hit it, and where did it go?

This data transfers at the same time as the LED lamp is producing its light (with signal processing technology). Tiny changes in the rapid dimming is then converted into an electrical signal by a ‘receiver’. In turn it is converted back to a binary data stream. It is expected that by 2022 over 50 billion devices will be connected to the internet, many of them wireless. A system that is already overloaded, could Li-Fi be the answer to this future problem?

With any new technology it is important to eliminate the hyperbole. So, let us first set out the facts and dispel some popular misconceptions. As you have probably already twigged, a device that relies on light to transmit data will be, by its very nature have to be constantly on. However, the LI-Fi lamp can dim down to where the light is barely visible. With a consistent performance between 10 and 90 percent illumination.

Li-Fi and sunlight are an interesting combination, and you would think that this could pose a problem. However tests carried out prove Li-Fi does work under daylight conditions. The reason given is that Li-Fi detects the fast changes in light intensity, and not the absolute or slowly varying levels caused by natural disruptions in sunlight.

Li-Fi also, as previously mentioned, uses visible light, so does not interfere with radio waves. Powerplants, planes and hospitals with sensitive equipment, affected by radio waves, will find this an advantage. There have even been critics of Wi-Fi in France which has banned its use in some of its schools. So here Li-Fi resolves all these problems.

Evidentially, the use of Li-Fi in lamps does not reduce their lifespan.  It’s up linking, and downlinking performances are the same in both directions. Signal is better the closer you are to the source, but the data transmission isn’t merely restricted to a Line-of-sight technology. It is still possible to receive a signal after the light has bounced off of walls and other objects, however this reduces its strength.

So, when can you expect to see products in the market that start to use this technology? Well since Prof. Harold Haas first coined the term at his TED global talk in 2011. Uptake has been relatively slow, (considering the first patent of Li-Fi was assigned to Huawei in 2006), but products are now available. The big players such as signify (Philips) have switched on 30 pilot sites, and Zumtobel have teamed up with PureLIFI (the company started by Prof Harold Haas) in trials of some of their LED lights this year.

PureLiFi and Lucibel have unveiled their first joint-venture Ores luminaire, which embeds all the necessary Li-Fi components in an LED downlight. Meanwhile US firm Linmore launched the first-ever Li-Fi battens. Designed as retrofit for fluorescent luminaires at Lux Live 2017, which can support between eight to 16 users at once.

As previously mentioned in order to use Li-Fi you need a receiver, which currently takes its form as a dongle. For understandable reasons this can be a bit of a faff. The company PureLiFi have managed to rebuild a HP laptop with the chip receiver embedded into the laptop, but greater uptake of this technology will only really start to take off when the electronics are readily available in the gadgets we use on a daily basis.

Although progress has been slow, it is expected to change in 2021 when the IEEE (international standards body) finally ratifies a Li-Fi Standard.  I don’t see a future where Li-Fi technology will replace Wi-Fi given its limitations, but we are certainly heading towards a place where the two technologies co-exist. There is greater speed at our hands and our capacity problem is greatly reduced.